I was watching one of those entertainment shows last night. They did a segment on Cecil the lion who was “allegedly” murdered by that fucked up dentist. This has gotten so much media coverage and I think it’s great. I love the fact that people from around the world were so enraged and used Facebook, Twitter and whatever else to get this out there. We as a people or the 99% have a voice. This proves it. Now let’s get busy on the Condo Cancer as well as other important issues. Every day I hear or see another Condo Cancer and/or global warming nightmare. I’m waiting for the scales to tip to the point where politics and big business will have to adhere. I won’t hold my breath but I can see it ain’t getting better.

This is pretty sick too: 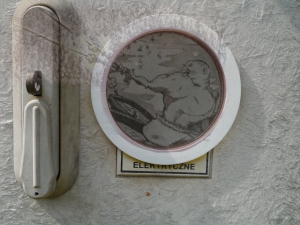 Sadly another change that kills a little bit of  New York. We need to remind ourselves that the reason why people have come here is/was to start a new life. Too bad the changes are so drastic:

On the art front in order to get a review in either one of these magazines, one needs to invest in advertising. Then they will give you a review and it will be a very nice one. Now they are merging. The good news is that you will only have to buy one. The bad news is the obvious. But I suppose since we are now global we should be combining our efforts.

Since so many of us have to live without major gallery representation, our alternative venues continues:

Ivan will be back soon along with moving poems. Started another drawing and will post  so stay tuned…